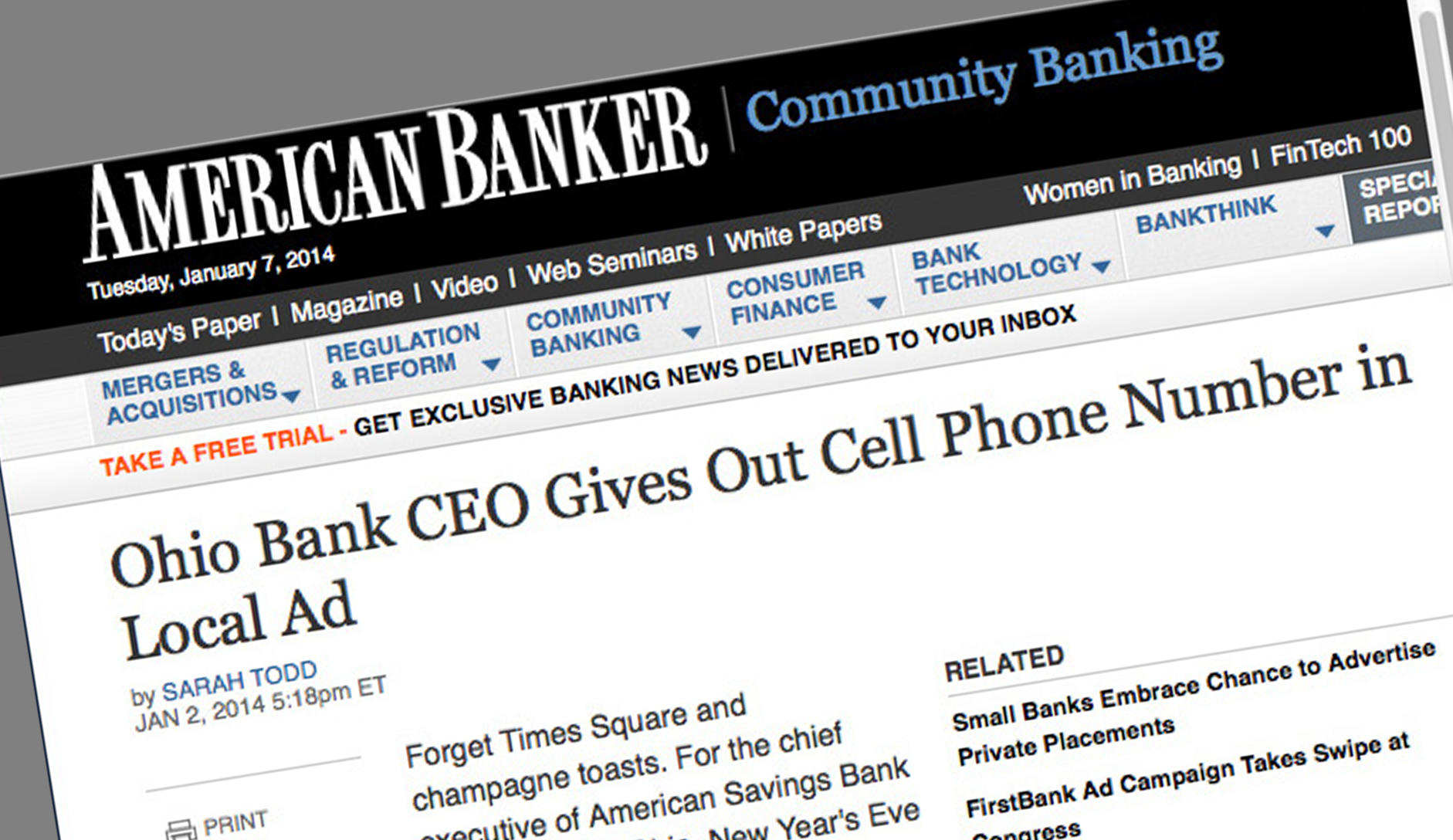 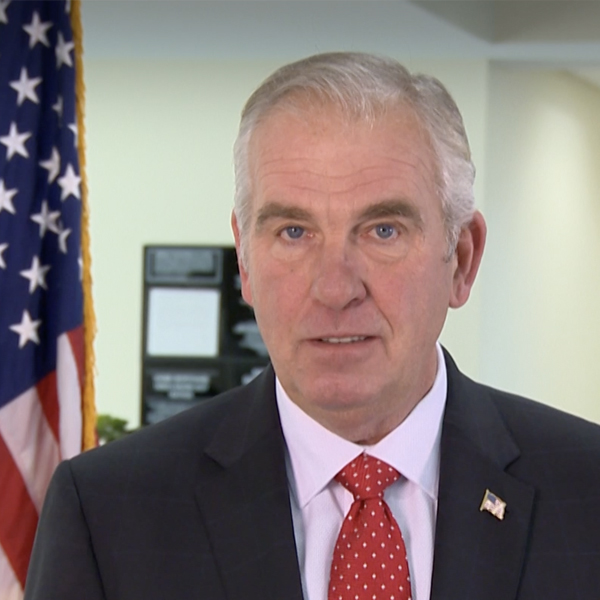 American Savings Bank, headquartered for over 125 years in Portsmouth was expanding with locations in Greater Cincinnati. The bank prides itself on being unique and different from other banks. American and Creative Storm partnered to create a TV launch campaign to drive awareness and bank traffic.

Media campaign launched at 11:50 PM on Dick Clark’s New Year’s Eve program. By 12:20 AM, Jack had received many calls, three of whom quickly became substantial new customers. Literally hundreds of calls continued to come in over the next few weeks. Due to this unique campaign, local media coverage and awareness, the bank was able to open many new accounts. The “Jack campaign” was also nationally recognized in American Banker Magazine. 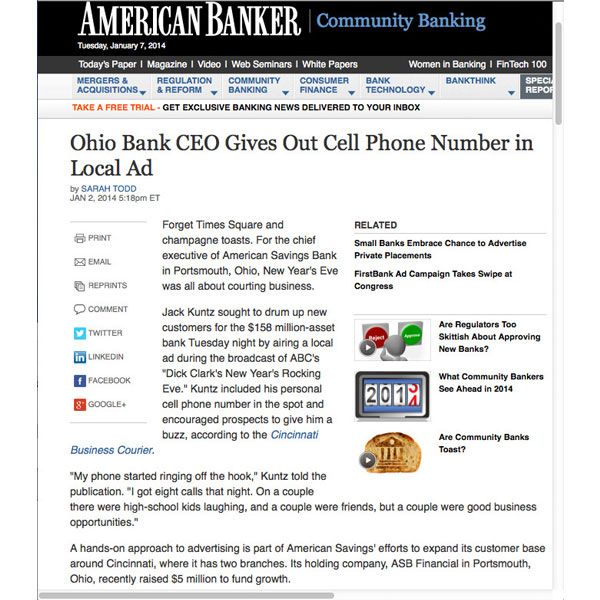 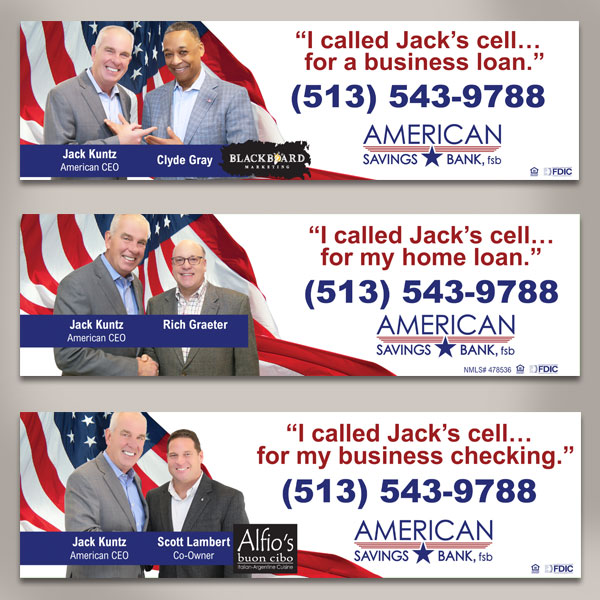 A Personal Cell Phone Number on a Billboard

American partnered with Creative Storm to create a truly unique approach. Showing a large photo of the bank CEO was a starting point. The CEO’s personal cell phone number was included in the headline, “I called Jack’s cell.” As the billboard campaign was expanded, well-known bank customers were pictured with Jack Kuntz, bank CEO. A successful campaign, the approach was covered in national bank media as a breakthrough banking marketing campaign.

Honoring Our Troops in a Radio Tribute to Veterans

American Savings Bank partnered with Creative Storm to create heartfelt messaging on the radio…a tribute to our veterans. A series of tributes saluted the sacrifices our veterans have made in World War II, Korea, Vietnam, Iraq and Afghanistan. In each case, no mention of banking products or hard-selling was made. The team met with veterans of each war to obtain verbiage that they felt represented them, to make sure the tributes were authentic. Each tribute simply ended with a tag “American Savings Bank salutes our veterans.” The tributes ran over Veterans Day weekend, and received the most phone calls of any marketing ever run by the bank. 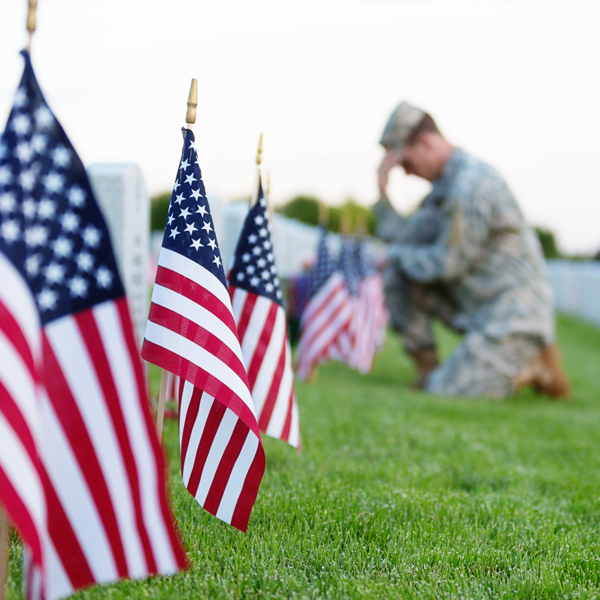